Manitoba’s Northern and First Nations Communities are often faced with additional and unique challenges due to their distance from recycling hubs. Recycle Everywhere is proud to be a part of programs in Northern Manitoba that help make it easier for residents to get their recyclables where they belong.

Establishing a recycling program in some communities can be challenging. Where do you start? Who do you contact? How do you get the recovered materials out of the community to be recycled?

To help address this, Recycle Everywhere has participated in the creation of a Recycling Toolkit. The Toolkit is an interactive step-by-step guide to recycling. Although it is geared to First Nation communities it can be applied to any community in Manitoba. 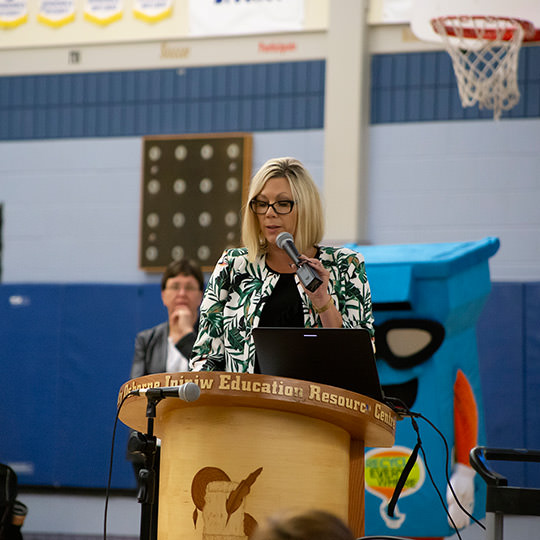 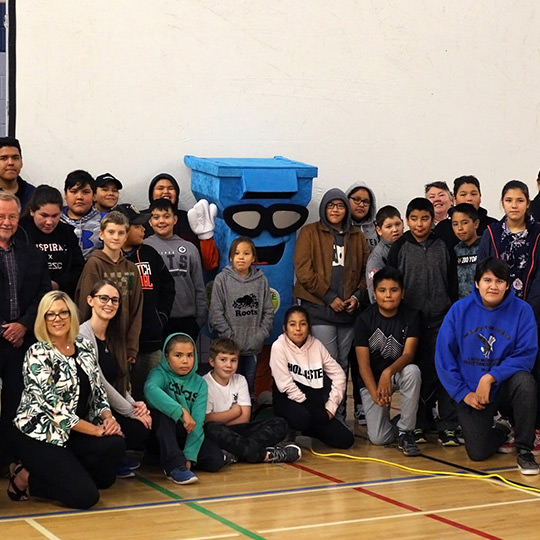 Schools in northern Manitoba can sign up with the Northern Schools Backhaul Project and give their recyclables a life beyond the landfill they otherwise wouldn’t have had.

The project is a collaboration between Recycle Everywhere, Frontier School Division, Arctic Beverages, Indigenous and Northern Affairs Canada and Cascades Material Recovery Facility. Schools who join this project have a team of students and/or teachers compile their recyclables that are picked up free of charge by an Arctic Beverages truck. Those recyclables are transported to a nearby Material Recovery Facility to be properly processed.

“Without the help of the backhaul program with Arctic beverages our recycling program would have failed,” Robert Rideout with the Norway House School said. “They have made it easy for us to get our recycling taken out and they have been very friendly and open. We appreciate working with them and hope to continue our relationship for years to come.”

A Green Team made up of students and staff has taken on the responsibility of managing and organizing the collection of recyclables in the school. They plan to use the investment from Recycle Everywhere to increase the amount of recyclables they’re able to collect by purchasing a large storage trailer. 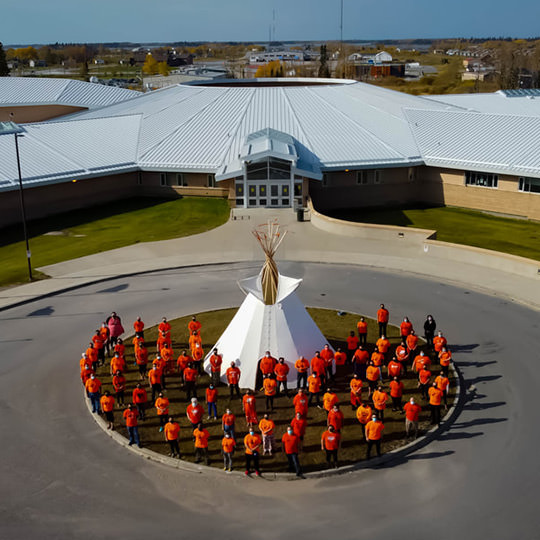 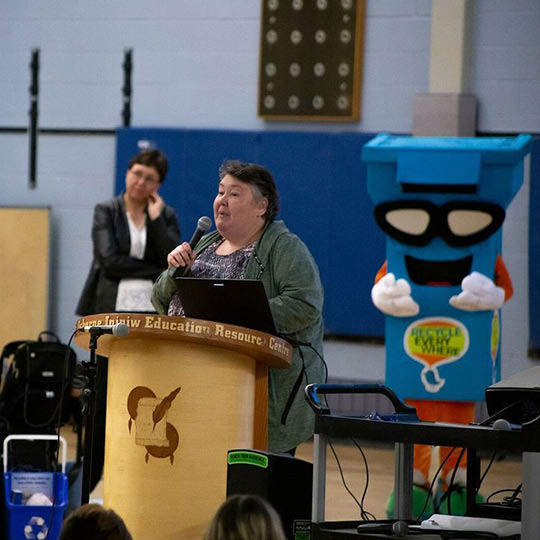 Students and staff at D.R. Hamilton School have always had a passion for recycling. Even with the challenges presented to them by their remote location, they started a recycling program in 2012 with their recyclables being picked up by school division consultants when they came through on other business.

When asked if they wanted to join the Northern Schools Backhaul Project, they jumped at the opportunity for regular pickups and larger loads. Since 2017, D.R. Hamilton School has been a valuable part of the Northern Schools Backhaul Project. Their recyclables continue to be picked up and transported to a nearby Material Recovery Facility by Arctic Beverages.

“I love that Arctic Beverages is an Indigenous owned business making such a HUGE difference in Indigenous communities,” Andrea MacIvor withD.R. Hamilton School said. “The partnership through the backhaul program is the best of all worlds — meaningful and needed support while allowing community advocates to develop infrastructure that fits the unique needs of the North.”

Are you ready to recycle?

Make it easy for everyone in Manitoba to recycle their beverage containers. Sign up and order the bins you need for your workplace, campus, community or home.